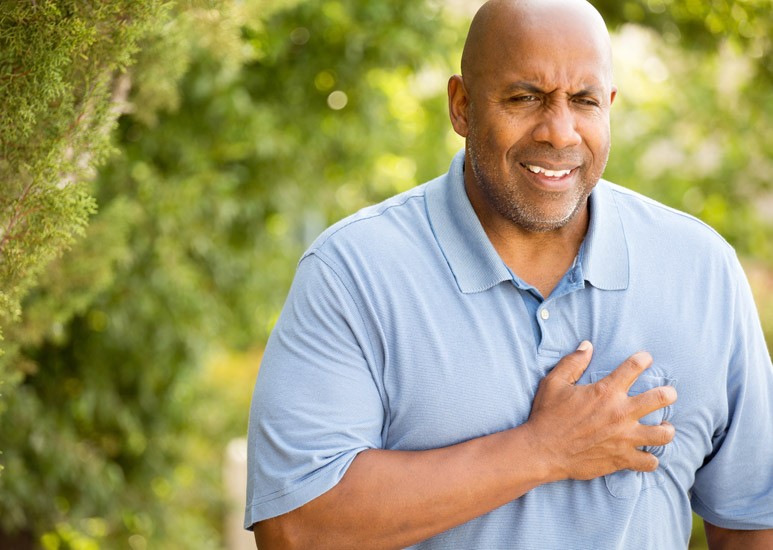 A gene mutation could protect against heart attack

About 720,000 Americans experience heart attacks each year. But findings in a new study could help reduce that number.

A study published in the New England Journal of Medicine last week found that people who had one of four specific mutations (or gene changes) within the APOC3 gene had lower levels of triglycerides, higher levels of HDL cholesterol ('good' cholesterol), and an approximately 40 percent lower risk of heart disease and heart attacks.

"APOC3 normally has two functions: it inhibits an enzyme that increases the amount of “bad' cholesterol in the blood, and it slows down the clearance of cholesterol from a person’s blood," said Courtney Eddy, genetic counselor at Community Health Network. "Together, these functions cause a person to have a higher cholesterol level and a higher risk of heart disease and heart attack."

This study identified four mutations that shut off APOC3, which, in turn, lowers cholesterol levels and the risk of heart disease or heart attack.

"It’s important to understand that APOC3 is only one of hundreds—possibly thousands—of genes involved in the development of heart disease," said Eddy. "However, researchers believe the data from this study could lead to development of new medications that use APOC3 to lower triglycerides and therefore, decrease a person’s risk of having a heart attack. This gives healthcare providers another tool to use in the war against high cholesterol and heart disease."

Learn the signs of a heart attack for men and women at eCommunity.com/heart.

Latest in Heart and Vascular Care

How to Give Hands-Only CPR

5 Things Your Heart Wants You to Know

The Squeeze on Blood Pressure

Why Giving Back is Good for You

How to Set SMART Goals in the New Year

Tips to Keep Your Holidays Merry