By
Kris Kirschner
For release on September 04, 2018
Community Health Network 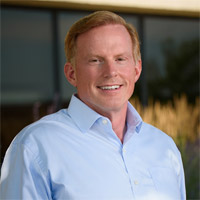 According to the IBJ website, the CTO Awards honor individuals ‘who play vital roles in making Indianapolis-area businesses, institutions and not-for-profit groups successful.’

Copple joined Community in 2000 as CTO, added vice president of IT operations to his title in 2013, and in 2017 was promoted to CIO.  During his tenure Community has been named ‘Most Wired’ for 12 consecutive years by ‘Hospitals and Health Network’ which is the trade publication for the American Hospital Association. His accomplishments include the construction of a $20 million data center; establishing a voice over internet protocol; and providing ongoing support to the infrastructure and technology that drives more than 200 sites of care.

Prior to joining Community, Copple served as director of technology and associate site director for the City of Indianapolis.

Copple has served on the board of directors for Easter Seals the past three years.

‘Rick’s dedication to implementing repeatable, scalable processes and his unique ability to firm fruitful relationships, have paved the way to allowing IT to be recognized as a strategic player in the overall planning process for the network,’ said Community Health Network Chief Operations Officer Jason Fahrlander.

Copple was among 15 men and women honored by the IBJ and Techpoint for their contributions to technology.