By
Kris Kirschner
For release on September 18, 2017
Community Health Network

Indianapolis—Kristina Box, MD, FACOG, has spent the past 30 years championing the health and well-being of the patients she served as a physician at Community Health Network.

Now, Dr. Box, an OB/GYN and physician lead for the network’s women and children’s product line, will begin working 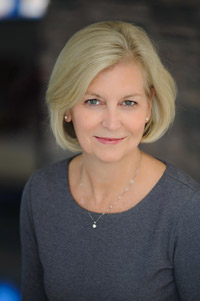 statewide to address issues of infant mortality and socioeconomic disparity after being appointed commissioner of the Indiana State Department of Health.

“I want to thank Governor Holcomb for appointing me to this position,” said Dr. Box. “It is an honor and privilege to serve the people of Indiana as their State Health Commissioner. Throughout my career I have focused on promoting the health of my individual patients and their unborn children. Over the past two years, my work with substance abuse disorder in pregnancy and the resultant Neonatal Abstinence Syndrome, has allowed me to expand my focus statewide. I look forward to working closely with our team at I.S.D.H. to decrease infant mortality and on many other issues which will promote a healthier and safer Indiana.”

Dr. Box spent the bulk of her medical career as part of the Community Physician Network, starting in 1987 in private practice at Clearvista Women’s Center. In 2015, Dr. Box was named the network’s women and children’s product line physician lead, where she helped develop the network’s first multi-disciplinary women’s center, served on the State Task Force for Neonatal Abstinence Syndrome, and was instrumental in developing community outreach to allow women in financial need to receive free health screenings. She has served patients at both Community Hospital East and Community Hospital North.

“I couldn’t be happier for Kris and for the state of Indiana,” said Bryan Mills, President and CEO of Community Health Network. “Kris is a natural leader, and a rare visionary who, in her 30 year career at Community, had the unique ability to understand the needs of patients and what we could do better to effectively address those needs. She is not only an exceptional physician, she is a caring person who I am confident will have a positive impact on the state’s healthcare initiatives.”

Dr. Box graduated from medical school at Indiana University, and completed her residency at the IU Medical Center.

She will begin her duties as State Health Commissioner October 16.