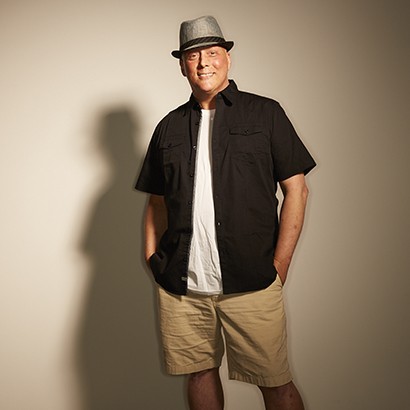 Chemotherapy was tough, but I wouldn’t change it for anything. It saved my life.

Two years ago David S. noticed a lump under his arm. He visited the doctor but was told it was not a big deal, likely just a fatty tumor. However, over the course of the next month, he noticed it grew significantly in the direction of his chest.

In November of 2015, David had a biopsy performed on the lump. The results confirmed it was Stage III Hodgkin’s lymphoma.

David was connected with Sumeet Bhatia, MD, an MD Anderson Cancer Network® certified physician specializing in medical oncology. Dr. Bhatia presented David with a plan, and he and one of his nurses, Megan, helped David and his partner feel comfortable, answering any questions they had about the process to come.

In December, David began chemotherapy. He received treatment every other Tuesday until June of 2016, when he was given a clean bill of health.

David experienced a number of side effects from treatment, which prevented him from working much in his job at an Anderson flower shop from January through June. His muscles, joints and bones hurt, and he was vomiting frequently. Many times, following treatment, he ended up in the hospital to receive additional care.

“Chemotherapy was tough, but I wouldn’t change it for anything,” said David. “It saved my life.”

Throughout it all, David was touched by the support he received from those in his community.

“When the chips are down, you know who your friends are,” he said. “I had more than I ever thought.”

And of his partner of 25 years, David said, “He was a Godsend. He didn’t miss anything, and he knew more about what was happening than I did.”

David is grateful to his many caregivers—from Dr. Bhatia to those he supported him during his visits to the hospital—for his health today.

“Dr. Bhatia was fantastic,” he said. “He always had a plan and went about his work with a sense of humor too. In the hospital I felt like I was everyone’s patient; the care was that good.”

David credits the care he received for his optimism during this journey.

Today, David is back on the road to feeling like his normal self again. His immune system is strengthening, and he is back to work at the flower shop. He and his partner look forward to the upcoming Giving Gig in February, which, for the couple, will be a celebration of David’s journey, strength and survivorship.