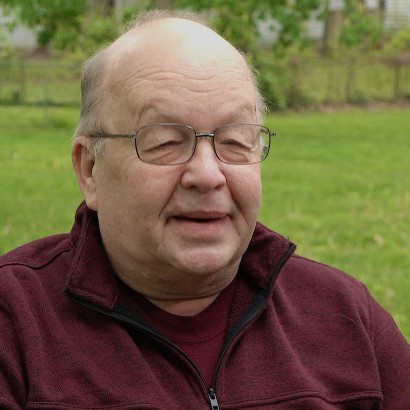 “It was a classic symptom of a heart attack, but it still left me with the choice of whether or not to follow up and get it properly diagnosed in the middle of a pandemic, or stay home and take my chances."

68-year-old David was going about his everyday routine at his Eastside home when he stepped outside to check on something. His dog rushed past him, attempting to explore outside freely and he began to chase after her.

By the time he came back toward the house he was feeling severe chest pain and pain radiating down his left arm. Knowing that pressure, tightness, pain or aching in the chest and arms are common signs of heart attack, David had to think quickly.

“It was a classic symptom of a heart attack, but it still left me with the choice of whether or not to follow up and get it properly diagnosed in the middle of a pandemic, or stay home and take my chances, ” David says.

David’s heart attack occurred during the COVID-19 pandemic. Central Indiana had been on lockdown during quarantine and many residents were trying to stay home as much as possible. David weighed his options and knew that receiving care at Community Hospital East was the right decision.

“At the hospital I felt like they had done everything in their power to make sure I didn’t get sick from a virus that’s taken a lot of lives,” says David.

David jokes and believes that the dog saved his life. The excursion is what brought on the symptoms, and staying at home wasn’t the place to try and deal with a heart attack.

“I’m looking forward to getting in shape, but I don’t think I’ll be in enough shape to catch a six-month old puppy”, he laughs. “But I’m getting there from where I was.”

Interventional Cardiology
Interventional cardiology focuses on management and treatment of cardiovascular disease through insertion of tools into the body, such as catheters, balloons and stents.
Learn More