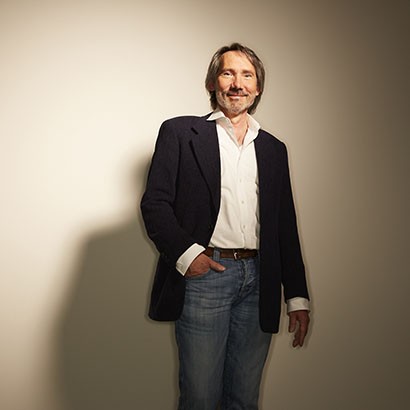 The care and support of my medical team removed fears that otherwise would have existed, and they uplifted my spirits just with their company.

Craig had been experiencing pain in his back and shoulder for several months. Thinking he had either a muscle or back injury, he visited a chiropractor. For a period of time, the adjustments made by the chiropractor provided some relief. Eventually, however, the pain worsened, and Craig’s chiropractor expressed concern that there might be something else going on with his body.

In July of 2013, Craig visited his physician, who ordered x-rays to see if anything unusual could be detected. The x-rays revealed three tumors in his left lung. Within a week, a biopsy confirmed Craig had non-small cell lung cancer, Stage IV.

Craig was referred to Pablo Bedano, MD, an MD Anderson Cancer Network® certified physician practicing medical oncology at Community Cancer Center South. While surgery was not an option based on where one of the tumors intersected with the lining of Craig’s lung, Dr. Bedano recommended an intensive multi-part chemotherapy regimen.

Beginning in late summer of 2013, Craig visited Community Cancer Center South every three weeks for treatment that lasted more than seven hours. While intimidated at first by the process, Craig remembers feeling comforted by the professional and compassionate way Community’s nurses interacted with him, as well as being able to speak to other cancer patients while he underwent treatment.

“The support from my medical care team at Community South was absolutely stellar,” said Craig. “I always received straight answers to my questions and was prepped in advance of what to expect. The hand-holding felt 24/7, and it made all the difference for me. Their care and support removed fears that otherwise would have existed, and they uplifted my spirits just with their company.”

While he experienced many of the typical symptoms associated with chemotherapy—loss of energy, neuropathy of his legs and feet, occasional headaches and loss of hair, Craig’s body tolerated the chemotherapy cocktail well, so Dr. Bedano recommended its continued use. In total, Craig underwent eight consecutive months of intensive chemotherapy.

In the first few months, Craig’s tumors reduced in size, and there was no new growth in other areas. Despite the rigorous treatment, Craig felt well enough to continue working full-time as a program manager.

Craig’s positive attitude and sense of humor are apparent when he revealed he named his cancer, “Carl.” Yet, it’s not something on which he and his partner have dwelled. Instead, they have focused on living life to the fullest.

“Cancer has taken a backseat all along,” Craig said. “It’s a personal choice, but it’s not something we wanted to think about daily.”

In addition to the medical care, Craig also attended a support group that taught meditation and visualization techniques. To help with the numbness in his hands and feet, Craig found that massage helped.

Today, three years later, Craig’s tumors have no new growth, yet also no shrinkage. He continues to receive 40-minute chemotherapy treatments on a monthly basis. In addition, he is a grateful participant of Community’s integrative oncology program, which, thanks to the support of donors to Community Health Network Foundation, offers oncology patients yoga, massage, art therapy and more.

Craig is extraordinarily thankful for the care he has received from the Community cancer care team. In fact, when Dr. Bedano approached him about participating in Faces of The Giving Gig, Craig said yes without hesitation—simply because Dr. Bedano, who has supported his fight from the start, had asked him.