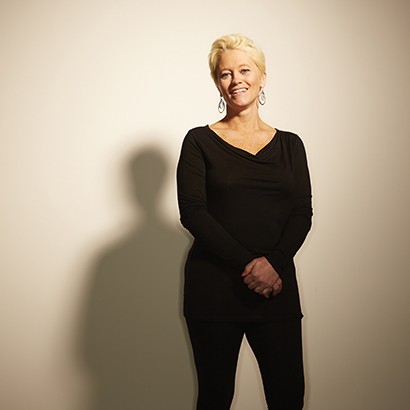 In July of 2014, Amber Nance was experiencing occasional pain in her upper abdomen as well as symptoms similar to those she had encountered with fissures in the past when she went to visit her primary care physician.

The gastroenterologist performed a CT scan, and results showed a mark on Amber’s liver, which they thought might be a hematoma. The gastroenterologist scheduled an examination of her upper gastrointestinal tract and a colonoscopy, but let Amber know he did not expect the results to show cancer.

However, upon waking up from her colonoscopy, Amber learned colon cancer was indeed her diagnosis.

The next ten days were a whirlwind of tests, scans and even another colonoscopy for Amber as the doctors worked to determine her stage, as well as if the cancer had metastasized.

Scheduled for an appointment on Friday, Amber received a call Wednesday asking her to come in a day early. The appointment revealed Amber had Stage IV colon cancer and that it had spread to her lymph nodes and liver.

The extent of the cancer in her liver made her ineligible for a liver resection. The doctors asked if she was willing to fight it, and without hesitation, Amber said yes.

“I was 41 years old and had a four-year-old at home,” Amber said of her decision, which also took into consideration her other two sons ages 20 and 12 at the time.

The next day, a Friday, she met with Shekar Narayanan, MD, an MD Anderson Cancer Network® certified physician specializing in colon and rectal surgery.

“He did a great job of explaining what was happening to my body,” she said. “I remember him saying, ‘You’re in good hands. We’re going to take care of you.’ To have a doctor like him believe you can fight this battle—that’s huge.”

Amber’s treatment continued, occurring every other week through December of 2015. The chemotherapy made her feel sick, and she spent several stays in the hospital recovering.

During her treatment, Amber lost her job when her family and medical leave extended beyond what her employer covered. Without health insurance, Amber faced expensive medication expenses, but Community Health Network was there to support her—offering coverage of medication she needed to sustain her body in its fight.

In May of 2015, Amber underwent surgery under the care of Dr. Narayanan to have her colon re-sectioned, removing the primary tumor and containing her cancer to the liver.

Prior to surgery, Amber recalls her pre-operation appointment with Dr. Narayanan and the great care he took to ensure her comfort with the procedure. The surgery, performed by the da Vinci robotic surgical system, required five incisions, and Dr. Narayanan made a point to not interfere with a tattoo Amber had on her abdomen. His concern about this matter ended up being a source of laughter and comic relief for Amber, who recalls the tattoo being the least of her worries at the time.

However, this extra special care Dr. Narayanan offered made an impact on Amber, and she is overwhelmingly grateful for the support she has received at Community Health Network.

“I haven’t encountered a doctor or nurse at Community who hasn’t made me feel comfortable and supported,” she said.

Today, Amber continues to receive treatment. In January of 2016, her treatment switched to every three weeks instead of every two weeks.

Throughout it all, Amber has had the support of her sons, boyfriend, family, friends and countless members of her hometown community of Elwood who have rallied around her, calling themselves Amber’s Army. Her father has been by her side every step of the way, accompanying her to nearly every chemotherapy appointment, test or scan required.

“I’m excited to attend,” she said. “It’s incredible that many people will get together to support a cause like this.”