What is an international board certified lactation consultant?

Lactation consultants are allied health care providers who, by meeting eligibility requirements and by passing an independent examination, possess the necessary skills, knowledge and attitudes to facilitate breastfeeding. With a focus on preventive health care, they encourage self-care and decision-making prenatally and postnatally. Lactation consultants use a problem-solving approach to provide appropriate information, recommendations and referrals, in a variety of settings. 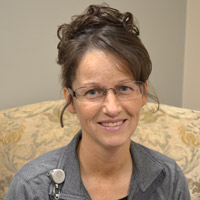 After growing up in Anderson, Elizabeth started working at Community Hospital Anderson in 1992 as a nursing student. She graduated from Anderson University’s School of Nursing in 1995 and has worked in OB and pediatrics since then. She became an international board certified lactation consultant in 2005 and led the way for Community Anderson as they earned the prestigious Baby-Friendly™ designation from the World Health Organization and UNICEF.

Elizabeth enjoys sharing in the breastfeeding journey with the families she works with. She loves to help her patients achieve their goals and celebrate the amazing experience and bond that breastfeeding brings.

Elizabeth is married with two sons. She enjoys spending time with her family and relaxing on the beach. 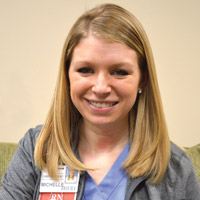 Michelle is a board-certified lactation consultant. earned her bachelor’s degree from Ball State University in 2013. She worked in the Emergency Department and Pediatrics Unit at Ball Memorial Hospital for several years before starting at Community Hospital Anderson in 2016. 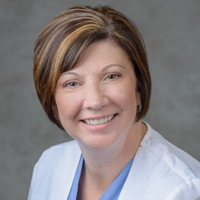 Carrie has been a lactation consultant at Community Howard Regional Health since February 2015. Carrie became a childbirth educator and certified doula in late 2000. She received R.N. and ASN degrees from Indiana University Kokomo in 2006 and a BSN from Indiana University Kokomo in 2009. In 2014, Carrie received an MSN in Nursing Education from Indiana State University. Before Carrie came to Community Howard she worked all areas of labor, delivery, postpartum and special care nursery at St.Vincent Kokomo.

In addition to lactation, Carrie teaches OB Clinical for Indiana University, Community Howard prenatal classes and Community Howard breastfeeding classes. She also facilitates the Howard breastfeeding drop-in center and Right Start Program. She co-authored a literature review on safe sleep and discharge education to be published in the Journal of Neonatal Nursing. She has two teenage daughters who also keep her busy.

Carmen has 14 years experience working with mothers and babies. She has been a board certified lactation consultant since 2012, working in the Community North NICU. Prior to working as a lactation consultant, Carmen worked in the NICU as a nurse for 12 years.

Carmen received her bachelor of science in nursing from Indiana Wesleyan University in 2001. She is a member of the International Lactation Consultant Association (ILCA).

Carmen has been happily married for eight years. She is mother to two beautiful children, and is involved in her local church. 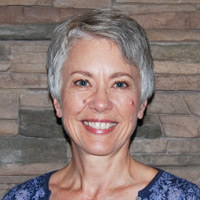 Chris has more than 30 years’ experience working with mothers and babies. She has been a board-certified lactation consultant since 1994 and has worked at Community as a lactation consultant since 2004. She loves what she does, especially watching moms and babies fall in love and including fathers in her support. Chris helps facilitate the Tuesday morning and Wednesday evening breastfeeding support groups at Community North where she can watch mothers grow along with their babies.

When she is not at work, she spends a good deal of her time volunteering on projects that expand support for breastfeeding families with the Indiana Breastfeeding Coalition and enjoying her yard and garden in Irvington. 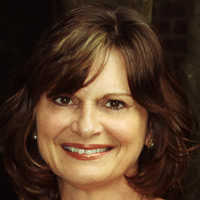 Amy graduated from nursing school in 1986 and has been working in the NICU for close to 30 years. During her time as a NICU staff nurse, she saw the need to improve breastfeeding support for NICU mothers and strengthen her knowledge of the value of breastmilk for NICU babies. As a result, Amy sought to expand her knowledge of lactation to help these moms not only provide their babies with human milk, but to empower these women with the information regarding the importance of breastmilk.

Amy became a certified lactation counselor in 2005, became a member of ILCA in 2008, and received her IBCLC certification in 2009. She takes great joy in seeing NICU mothers reach their individual breastfeeding goals, while gaining maternal confidence and creating a strong mother/infant bond. Amy began working as a lactation consultant in the NICU at Community North in 2011.

When Amy is not working, she enjoys reading, traveling and spending time with her husband, their three children, and her sweet yellow lab.

Julie has been working at Community North since 2005.  She became a certified lactation counselor in 2006, and an international board certified lactation consultant (IBCLC) in 2008. Julie is passionate about caring for mothers and babies during their postpartum stay and in support group.  She assisted with the start of Community North's Donor Depot, served on Shared Governance from 2013-2015, revised patient education in 2014, and continues to stay involved in staff education. She has personal experience with extended breastfeeding and tandem feeding.

Julie attended IU Bloomington for a BA in Cultural Anthropology with a focus in women's studies. She continues to attend classes for ongoing education, and enjoys lactation conferences. 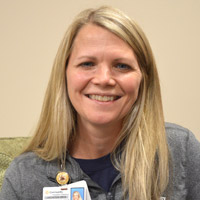 Amy graduated from Indiana Wesleyan University in 1997 and started working at Community Hospital Anderson’s New Generations Birth Place in 1999. She worked as an OB nurse for several years before becoming a lactation consultant in 2007.

Amy’s passion for breastfeeding began when she started nursing her oldest son. She loves to help moms reach their breastfeeding goals by providing encouragement and support.

Amy has lived in Summitville her whole life. She is married with four children.

Mendy is a lactation consultant at Community Hospital North. In addition to providing support to moms on the maternity unit, she facilitates the Wednesday evening support group.

A dietitian by training, Mendy became interested in lactation support while serving as the breastfeeding coordinator for Women, Infants and Children (WIC) Services in Marion County. In that role, she was involved with the Indiana Perinatal Network, on the state breastfeeding committee, coordinated WIC services at area hospitals, taught breastfeeding classes and participated in health fairs throughout the community. During this time she also received her lactation credentials. She has been an international board certified lactation consultant for six years.

Mendy enjoys her job very much, but her first priority is being a wife and mother of three beautiful children. She volunteers at her church and for her kids’ schools and activities, including serving on the parent teacher league and as a Girl Scout co-leader.

Sheryl provides lactation support at Community Hospital South. She has more than 30 years of experience working in maternal child health, and has worked at Community Hospital South since the maternity unit opened in 1993. Sheryl has been a NICU nurse since 1982 and received maternal newborn nursing certification in 1995. She became an international board certified lactation consultant (IBCLC) in 2006.

Sheryl graduated from Indiana Central University School of Nursing in 1982. She received her bachelor of science in nursing degree from Indiana Wesleyan in 2002 and a master’s degree in nursing education from Western Governors' University Indiana in 2013. She serves as adjunct faculty for the University of Indianapolis, working with nursing students in the obstetrics rotation.

She is a member of the International Lactation Consultant Association (ILCA), US Lactation Consultant Association (USLCA) and the Indiana Perinatal Network. Her professional interests include providing specialized lactation support to premature babies and their parents, and to parents of multiples. She also enjoys teaching nursing students and new nurses.

Sheryl and her husband have three adult children, including twin girls. They live in Greenwood with their four dogs. 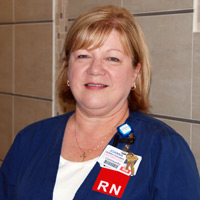 JoAnna leads the lactation support program at Community Hospital South. She has worked in maternal/child health for 29 years, and has been in her current position as a lactation consultant for seven years.

In her spare time, JoAnna is very active in her church and enjoys gardening, reading and walking. 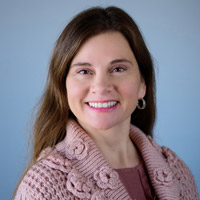 Angie has been a registered nurse for more than 20 years, working in med/surg with adults and pediatrics; labor and delivery; and as a lactation consultant for the past five years.  Se provides lactation support to moms at Community Hospital South.

She and her husband live in Greenwood, where they homeschool their four children. Their three sons play basketball for the Indianapolis Wildcats, and their daughter studies ballet.