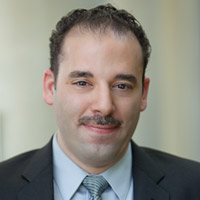 Through his years of practice in general pediatrics, Dr. Abu-Salih gained a wealth of knowledge that he found very helpful during his subspecialty training. It helped him look at his pediatric gastroenterology patients from a comprehensive standpoint, rather than just focusing on the presenting ailment, which has resulted in better outcomes for the patient. He says, “While pediatric GI is considered a specialty that involves some degree of intervention and procedures, I like to incorporate prevention in my treatment approach.” Dr. Abu-Salih’s goal is to see the patient as soon as possible, identify the presenting problem and how to evaluate it, and communicate to the referring physician or nurse practitioner his assessment and recommendations.

Dr. Abu-Salih is married and has four children, two boys and two girls. He enjoys traveling, soccer and stamp-collecting. 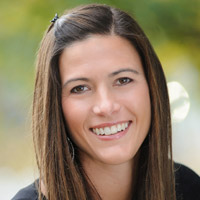 From very early on, I have always wanted to work with children. Becoming a pediatric nurse practitioner has allowed me to grow in my own knowledge through evidence-based research while treating the whole child with excellent care. It is important that I fulfill my commitment of providing education to both patients and families.

Nicole Shafer, CPNP, also known as Nikki, attended Miami University (Oxford, OH) where she received her bachelor of science in nursing. She began her nursing career as an intensive care nurse at Lutheran Children’s Hospital for a year. From there, Nikki continued in pediatric nursing in various disciplines at Children’s Hospital and Health Center (San Diego, CA) and Riley Hospital for Children (Indianapolis, IN). In 2007, she attended Indiana University and received her master’s degree in nursing. Prior to joining our team, Nikki provided services at Riley Hospital for Children for seven years as a pediatric nurse practitioner in general surgery.