By
Kris Kirschner
For release on February 12, 2018
Community Health Network

Indianapolis—Community Health Network Diversity and Inclusion Specialist Adrianne Slash has been named one of the United Way’s 100 heroes. 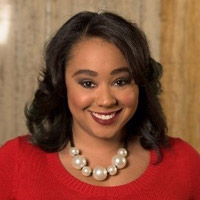 Most recently, Governor Eric Holcomb appointed Slash to the Civil Rights commission for the state of Indiana.

Slash is a member of IBJ’s 2017 Forty Under 40 class and one of the National Urban League Young Professional’s Heroes in The Movement for 2017.

Slash is one of 100 ‘heroes’ who will be honored as part of United Way’s 100th Anniversary Celebration at the Indianapolis Motor Speedway Friday, April 20.