As a sophomore in high school, Toni found herself in a very dark place.

It started when she was 11 years old. She was bullied in school and felt like her own brothers and sister didn’t like her. She reached high school and felt like the entire world was too hard. She had nothing but pessimism and negative thoughts, and she couldn’t handle it. She thought her best plan was to plan an escape. 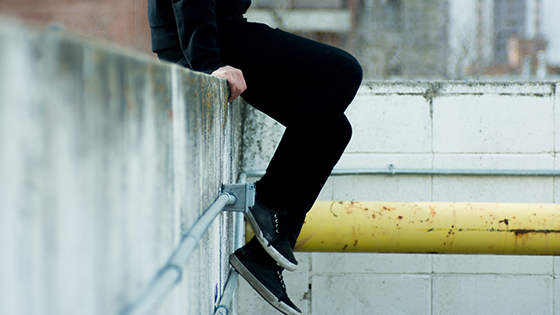 She figured out her mother’s and siblings’ schedule so she would be sure she was alone. She gathered a bunch of pills and hoped to go to sleep and never wake up.

But she didn’t take enough. She remembers waking up furious and thinking, “I can’t believe I didn’t die. I am a complete failure. I can’t even die right.”

She went to school, still mad and feeling awful. During a class, her teacher talked about suicide, the signs and how to prevent it. Toni thought it was strange to hear what she was going through being taught in school. She had been trying to keep everything she was feeling private, and she believed that her situation was so unusual. After class, she told her teacher, “I’m feeling like this. And I tried to kill myself.”

Saying those words out loud was one of the best decisions Toni believes she’s ever made.

Help came quickly. She was put in touch with Katy, a Community Health Network school-based therapist who met with her weekly. It wasn’t easy – Toni and her family were hesitant at first. Asking for outside help was not something that typically happened in her house.

Toni was put on medication and taught to do things she once thought were impossible, like identifying and blocking her negative thoughts and replacing them with healthy ones. Her therapist Katy also spoke with Toni’s mother and family, so everyone learned how to change certain behaviors.

Without the support of Community, Toni knows she would have tried to take her own life again. This support not only helped to change her life – it saved her.

Today, Toni is doing much better. She has hope and a dream to work for Marvel Comics and create her own comic series. She is in college double-majoring in illustration and painting. She isn’t sure if her dream will come true, but she knows her strength, her value and how much she’s already overcome.

Will you help support suicide prevention programs that can save lives in your community?