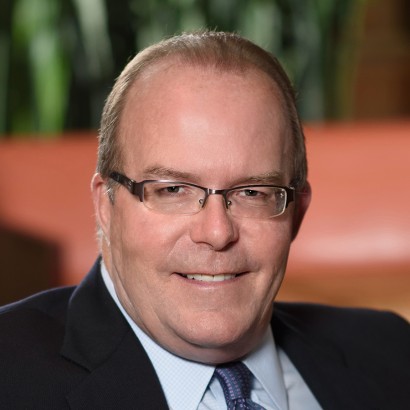 Rob Baker became Community Health Network Foundation’s Executive Director of Finance in January of 2016. In this role, Rob is responsible for a broad array of business and financial functions of the Foundation including developing strategic plans for raising and distributing funds.

When Rob left banking he was encouraged to pursue a career in the non-profit sector. After spending three years in academic fundraising at the Indiana University School of Medicine he accepted a position at St. Vincent Indianapolis. Rob was drawn to healthcare philanthropy as a way to give back and make a difference in the community. One other influence was Rob’s father, who spent his career in construction management building hospitals, and one of them was St. Vincent Indianapolis.

Most recently, Rob served as the director of finance and gift planning for the St. Vincent Hospital Foundation for 10 years. Previously, he directed the planned giving program at the Indiana University School of Medicine. Rob started his career in banking with Indiana National Bank and served in various leadership roles in their trust, estate, tax and employee benefit areas.

Rob is an active member of Second Presbyterian Church having served as an elder and deacon. He currently volunteers with middle school kids on Wednesday nights and Sunday mornings. He previously served in various leadership roles with the Estate Planning Section of the Indianapolis Bar Association and Probate, Trust, Real Property Section of the Indiana State Bar Association.

Rob received his bachelor of arts degree from Purdue University and law degree from Indiana University School of Law – Indianapolis. Rob’s wife, Katie, works part time and is involved in many volunteer activities in the community and at church. They have two children, Ali who attends DePauw University and Chad who attends Ball State University. However, they still have two kids at home – an Australian Labradoodle named Mollie and a Portuguese Water Dog named Nellie.

Rob is a life-long resident of Indianapolis. He enjoys golf, cooking and working outdoors in the yard.