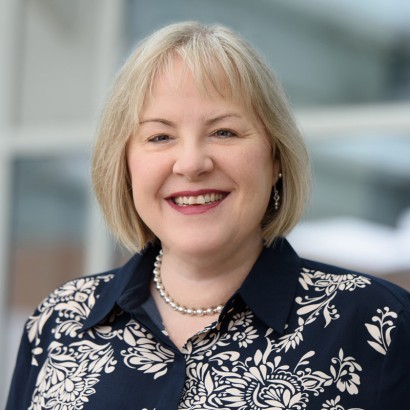 She was born and raised in Indianapolis in a family of eight sisters and a brother. She came to her position with the Foundation from a role in community development. Committed to the empowerment of Hoosier families and individuals, she views her work on behalf of Community Health Network as a contribution to helping communities thrive and to building a strong and vital central Indiana region.

Prior to her appointment at Community, Martha served IUPUI’s Office of Community Engagement in a consulting role, while also consulting as a business researcher for the Indiana Chamber of Commerce. In addition to leadership roles in nonprofits promoting financial empowerment and community asset building, Martha has had a long career in higher education, as an academic librarian and as a research coordinator for a university-affiliated research center. She has engaged in grants seeking, grant and proposal writing, and grants reporting on behalf of large and mid-sized public universities, small private colleges, and nonprofit organizations.

As a volunteer, her primary commitment is to her alma mater, Earlham College, as Chairperson for its Alumni Council.  She has served on the Board of Directors of the Indiana Grant Professionals Association since 2018 and became its Vice President in January 2020.  In May 2020, she joined the Steering Committee and Health Connections Element Committee of Reconnecting to Our Waterways (ROW), a collective impact initiative that has worked purposefully since 2012 to improve the quality of life and ecology along Indianapolis waterways and surrounding neighborhoods.

Martha is committed to the cause of poverty alleviation . For her efforts in the area of financial empowerment for Hoosiers, the Indiana Council for Economic Education awarded her its Paul Samuelson Enterprise Award for Community Leaders in 2015.

She received her bachelor of arts from Earlham College, followed by two master’s degrees, the first in library and information science from Indiana University. At Emory University, she earned an M.A. in English Language and Literature and a graduate certificate in women’s studies. Martha is married to Ledger Heavilon, and between them they have six adult children.