He was driven—to learn, to excel, to give back and to make the world a better place. This was evident in all that he did, whether during his time in school at Indiana University and the University of Iowa College of Law, his professional career or volunteer work for a number of local organizations and causes, many of which focused on animals. 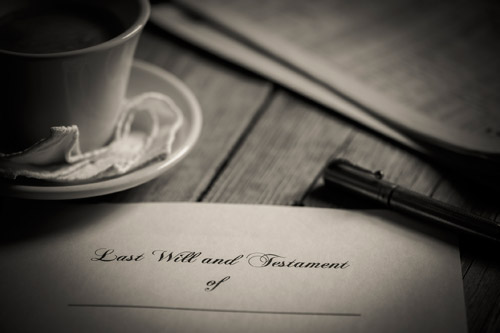 “He was an accomplished person and a role model for others,” said his brother Daryl. “He firmly believed that no matter what your station is in life, you can achieve—and when you do, you have a responsibility to give back.”

This importance of giving back was instilled in Byron and Daryl from a young age. Growing up in Indianapolis’ Butler Tarkington neighborhood, their parents taught them about service to help others and their community. His mother served as an elementary school teacher, and his father was a teacher, school basketball coach and a Little League coach.

“Giving back was always part of the fabric of our family,” Daryl said.

In the late 1980s, their father suffered a series of strokes and spent time at Community Hospital East for several months. Sadly, he never recovered and eventually passed away. The loss hit both brothers hard.

“Byron’s two greatest loves were our father and animals,” Daryl said. “He cared so much for our father.”

During the time that their father was in the hospital, the brothers developed positive relationships with several nurses who served as his caregivers. When they realized he was not going to get better, the care teams helped the family understand the process of what was to come and helped Byron, in particular, to accept it. The family felt that the care he received was not only competent but compassionate as well.

“When a family submits their loved one to a hospital, there has to be a relationship that develops, not only to sustain the patient but also their family,” said Daryl.

In December of 2015, Byron passed away. In his will, he had designated a gift of $115,000 to Community’s Foundation in order to ensure more members of the community had resources to take care of themselves, whether that meant ensuring more African-American men receive health screenings or helping to address hunger across Central Indiana.

“Byron could have a very rough exterior, but, underneath it, he would give you the shirt off his back,” said Daryl. “He cared for those who had the least opportunities to receive care or services, and part of his legacy is to make sure individuals in need have resources to live with dignity.”